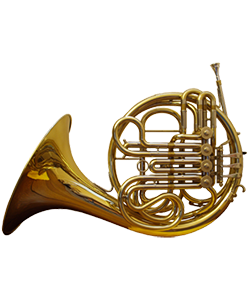 Classical composers usually work in terms of Symphonies or Sonatas rather than albums, we call these Works. These works comprise sub works or movements, and there may be additional levels. When Classical music is released as an album it may only contain part of a work, or conversely multiple works, so the album grouping may not be the most important grouping.

For your album SongKong can complete the Movement, Movement No, Movement Total and Work field. For this information to be useful in music playback we only add this information when a track represents one of more than one movement for a work on that album.

Shorten Song Title to the Movement

In Pop/Rock there is usually a single performer or band who is credited. They are often the composer of the song as well but if they are not the details of the writer are not usually so important, the artist credits on the release itself make it clear who should be credited for each track. In Classical music, usually various performers, an orchestra or choir, a conductor and a composer are all credited. This means we potentially have a long list of people credited for each track, and we don’t have an accepted order they should be added in. Previously the Composer was used for the Artist field, but as the Composer field is better supported in most players (such as iTunes) we usually we no longer need to add the composer to both the Artist and Composer field. In fact doesn not really make sense to add the Composer to the Artist field any longer for Classical music because often the music was composed many years ago and they were not involved in the actual recording in any way. The default for SongKong is to store the Performers, Ensemble/Choir/Orchestra and Conductor in that order, but we offer different masks for different uses.

The exact interpretation of What is Classical ? is open to interpretation but SongKong allows you to fine tune classical matching. Like all automated music taggers SongKong is always dealing with incomplete databases, a particular problem for classical music is that the database may have the list of credits for a release but not their particular role, e.g. Is Person B a composer, performer or conductor. SongKong has created a list of over siz thousand people who principal activity is composing so when we find this person credited on a release we can usually assume that they are the composer even if they do not have a composer credit on that particular release. There is an additional list for conductors, if a person is a composer and conductors (or performer) then they will not be included in the composer/conductor list unless the vast majority of their credits are for one particular role. Both these lists can be modified in order to fine tune your Classical requirements.